Ice began coating firefighters with the St. John’s Regional Fire Department as they fought against a fire this morning on Blackmarsh Road in St. John’s.

Mist on the periphery of the heavy, targeted spray of water hoses coated some of the 19 firefighters responding to a call reporting smoke from the home. The water froze in the cold temperatures.

The call came in reporting smoke from the house at street number 142 about 8:20 a.m., according to Supt. Don Byrne and firefighters were still on the scene dealing with heavy smoke as of shortly after 9 a.m.

Neighbours told The Telegram one woman was pulled from the home and one ambulance left the scene as Newfoundland Power crews arrived.

Byrne confirmed the woman was taken to hospital and was in serious condition at the time.

“The amount of damage is extensive throughout the home,” Byrne said, noting it extended into the second floor. 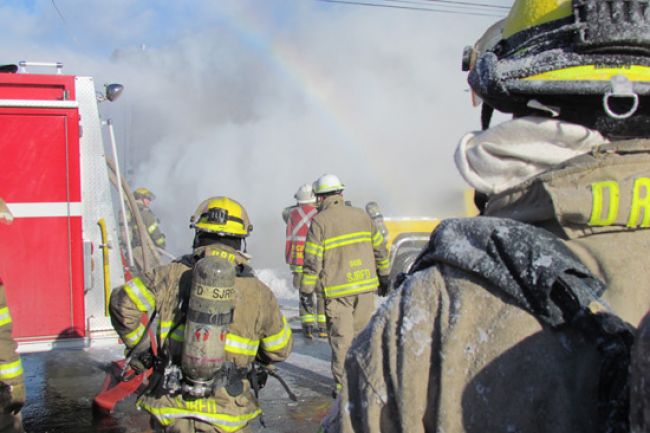