Members of the St. John’s Fire Fighters Association dropped by the CBC Turkey Drive today to donate 30 turkeys to food banks across the region, as usual with the assistance of the St. John’s Regional Fire Department they did so in style. 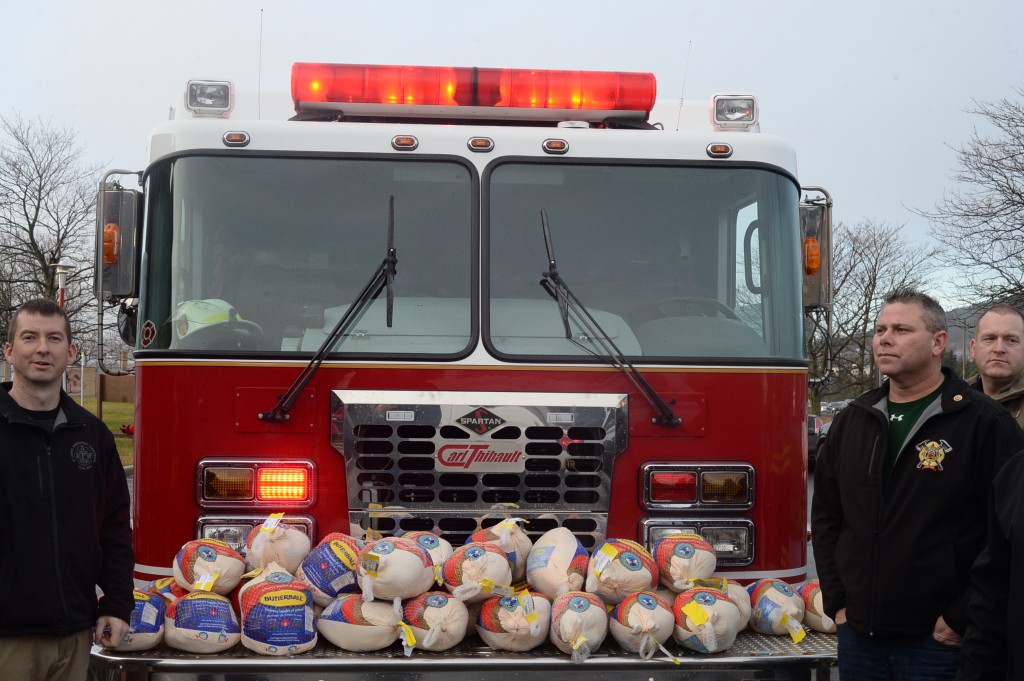 The firefighters used teamwork to load the turkeys aboard the truck 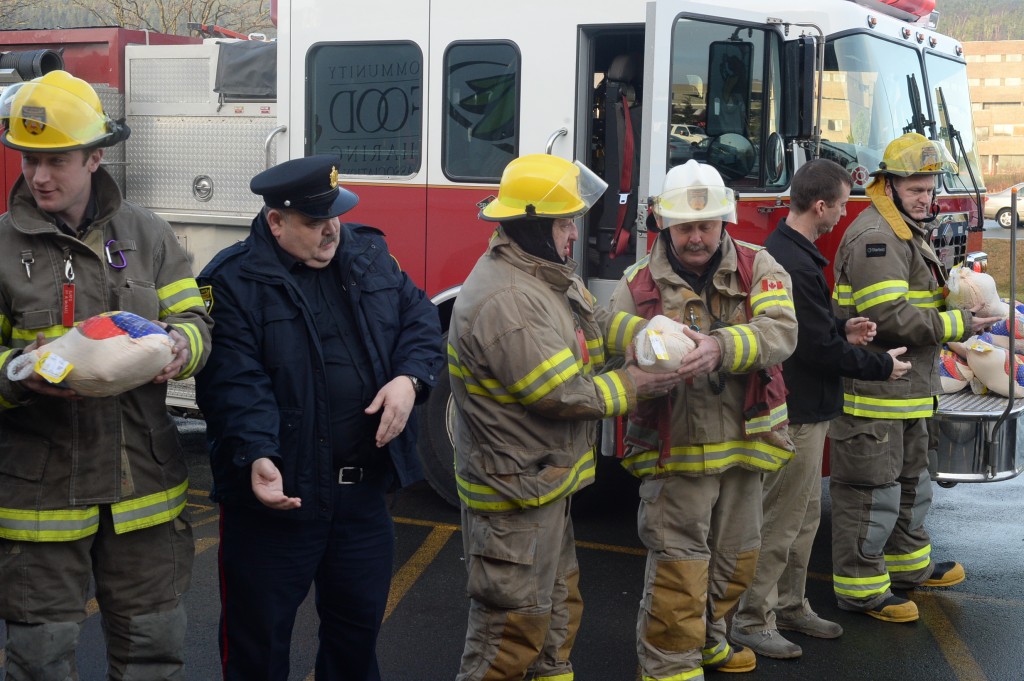 Afterwards they were thanked by Mr. Eg Walters of the Community Food Sharing Association for their efforts

Doug Cadigan, president of the St. John’s Fire Fighters Association, pulled up to the drive-thru in possibly the biggest rig of all — a fire truck. Cadigan was joined by members from the Kenmount Fire Station

“We put a lot of time and effort into the community, back into the people that we serve,” said Cadigan.

“It’s a pleasure for us to do [this], and firefighters are all about the community.”

Firefighters got the chance to practice the bucket brigade method while unloading turkeys from the fire truck. The St. John’s Fire Fighters Association made a $500 donation, the equivalent of 30 turkeys.

Special thanks to Mr. Joe Gibbons of The Telegram for the pictures