Doug Cadigan, president of the firefighter’s union, says that’s a safety concern for the public and emergency responders.

“We have incidents such as large fires. The health sciences paramedics are automatically called and use an ambulance on standby,” said Cadigan.

“And if they were unavailable to respond then the people we serve from that end and our own members may not get the treatment they need if there’s an emergency at one of these scenes.” 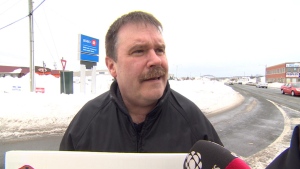