Members of Local 1075, led by the SJRFD Honour Guard along with Fire fighters from other Departments and members of the SJRFD Retiree’s Association, Motorcycle Club,  RNC and RCMP take part in a parade followed by a memorial service at the Bascilica of St. John The Baptist in St. John’s on the 10th anniversary of 9/11 (2011) 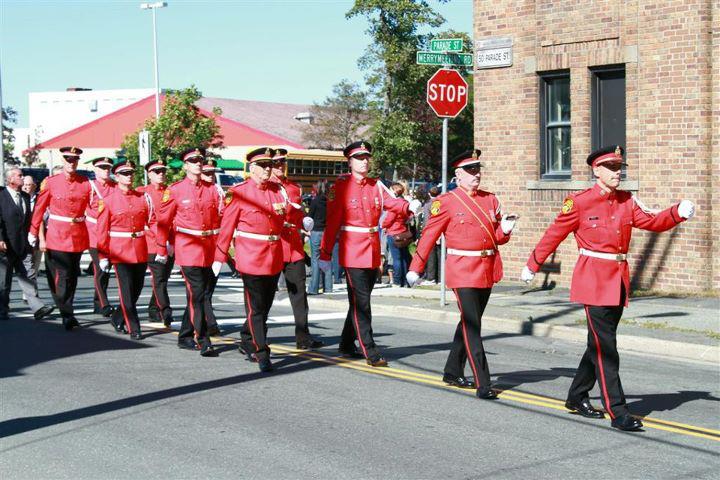